That’s the claim in the song Nashville Cats by The Lovin’ Spoonful, which was also performed by Del McCoury at Merlefest on Sunday. Based on the evidence of our first day in the city, that’s a gross underestimate. John Sebastian did write it in the mid-60s so it’s safe to say guitar ownership in Nashville has risen exponentially since then.

We left Cherokee on Wednesday morning and stopped off to see yet another waterfall which was more or less on our route, Mingo Falls.

There is some truly stunning scenery in Western North Carolina and our route took us through the Great Smoky Mountains National Park which was a beautiful drive. A great advantage of taking our time to make this trip is the latitude it gives us to choose scenic rather than rapid routes.

We still made it to Nashville by mid-afternoon, plus we had the extra hour we gained by moving from Eastern Time in North Carolina to Central Time in Tennessee. We checked into our hotel, which is on the outskirts of the city but very close to the Grand Ole Opry. And the decor in the room was an immediate reminder of that.

However, the gig we were going to on Wednesday night was in the centre, at the Ryman Auditorium. We had discovered that the legendary blues guitarist Buddy Guy was appearing there so we had managed to get a couple of tickets to go and see him perform. Buddy was ranked at No.23 on Rolling Stone magazine’s list of the 100 greatest guitarists of all time, ahead of some better known names such as Brian May and Prince.

We unpacked once again and took an Uber into the centre, grabbing an early dinner at a restaurant called Merchant’s which is housed in the building that used to be the hotel where artists playing at the Ryman would stay. We finished our meal and lingered over coffee, waiting for a thunderstorm to abate before we ventured outside. As we approached the Ryman, we passed a mural featuring many of the greats of country music, some of whom I recognised.

The Ryman housed the Grand Ole Opry from 1943 until 1974 and is often referred to as the Mother Church of Country Music, partly because the building’s original purpose was the Union Gospel Tabernacle. It also claims credit for the birth of bluegrass. 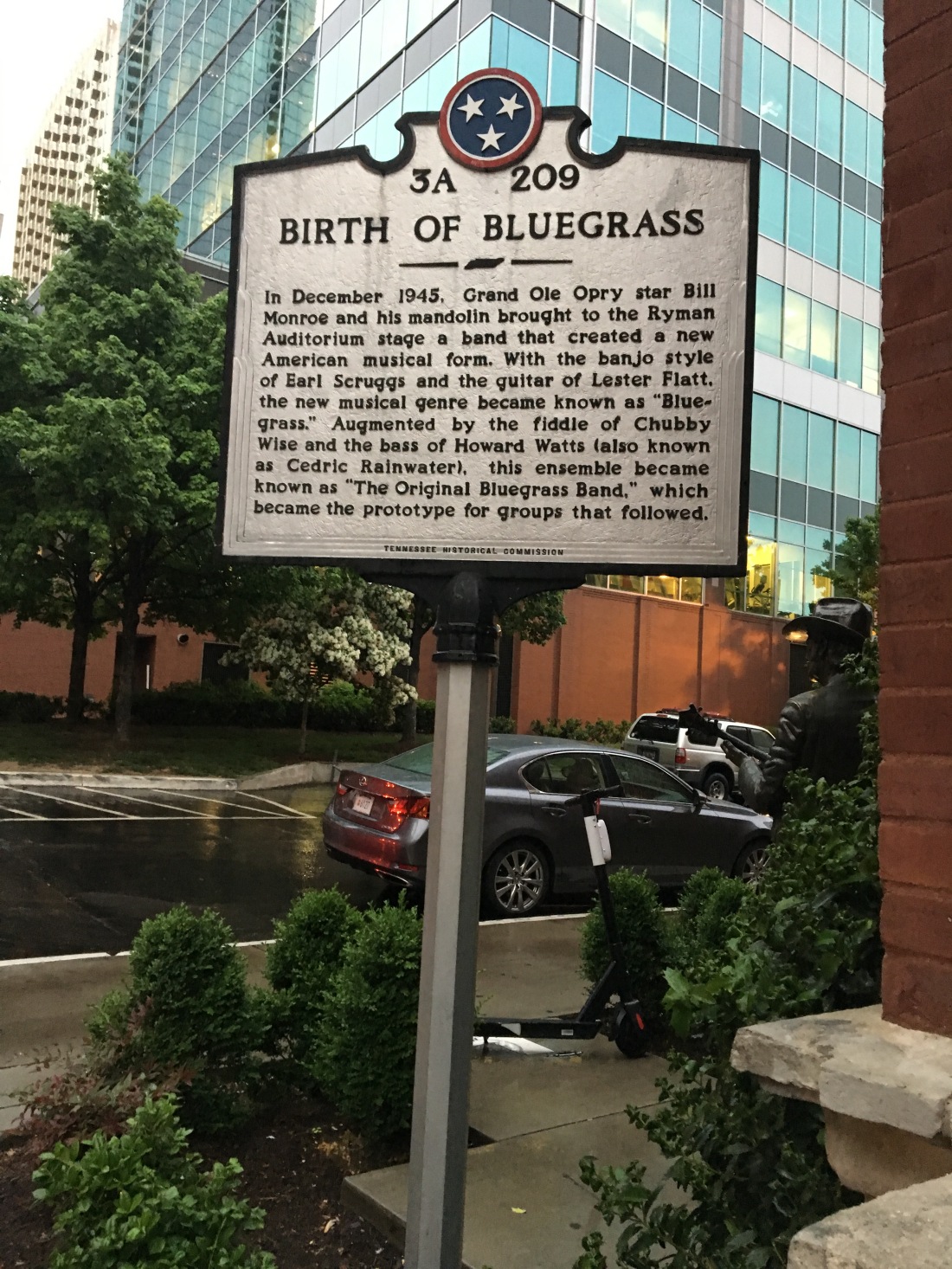 They certainly gave Bill Monroe the platform to bring his music into the living rooms of millions across the US thanks to the regular radio broadcasts of shows on the WSM station, which has broadcast the Saturday night shows every week since 1925. As well as the plaque above, Bill himself is immortalized in bronze, holding his Gibson F-5 mandolin.

I’m just hoping a little of the magic runs off. After all of the country and bluegrass references, it seems incongruous to be watching a blues concert. But what a concert. We seem destined at the moment to watch octogenarians who are absolute masters of their craft, and Buddy Guy really knows how to put on a show. 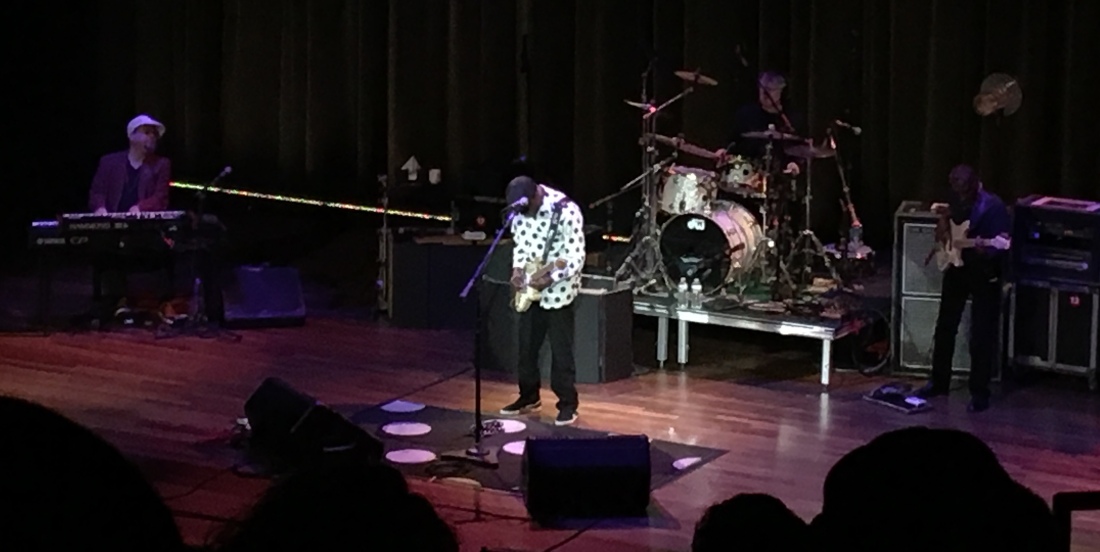 After the concert, we walked back down Broadway to let the crowds die down a little. We wanted a quiet drink but couldn’t find one. Every second building on this street is a bar, and every bar had live music playing. We had a choice of Country, Country-Rock, or Rock. Eventually, we found a place where the volume wasn’t turned up to eleven where we had a quick drink then Uber back to the hotel.

Music City lived up to its name. Tomorrow, we’re planning a side trip to the birthplace of a legend: Rosine, Kentucky.