There was no blog post yesterday as a direct result of the unique nature of South African electrical outlets. We don’t have an adaptor that works directly in the three round pin sockets that they have here, but everywhere else we’ve been so far there have been adaptors that allowed the use of a European style 2-pin adaptor. Not here. My clever attempt at recharging the laptop using the shaver point in the bathroom fell foul of gravity as the combined weight of plug and adaptor fell straight out and into the bathroom sink. Reception has now supplied an adaptor so we’re back in action.

Having gone on the evening game drive on Monday, we were booked for the early version on Tuesday. This meant being up and ready for a 5:30am start. The first day had been exciting enough that we had no problem getting ourselves organised in anticipation of another day of wildlife wonder.

We were on the truck and on the way out towards the main drive when we stopped for a look at some roadkill. At some point during the night, someone had driven over a Mozambican Spitting Cobra, which our driver Sean was kind enough to pick up on a stick and teach us how to recognise if we encounter one in the future. We’re hopeful that situation doesn’t arise.

On to the drive and, once again, we had a full day of animal viewing. There was a lot of repeat viewings, which is only to be expected, but we saw giraffe in daylight for the first time. If you looked at the slideshow from the previous day, you’ll have noticed that the giraffe picture was taken after nightfall. This time, we saw various giraffe in daylight and learned how to distinguish males and females. Apart from the obvious.

The male has thicker horns that splay outward and are bald on top. Females have thinner horns which point inwards and have hairs on top. Easy!

We got some great shots of rhinos and spotted a pod of hippos in a waterhole. 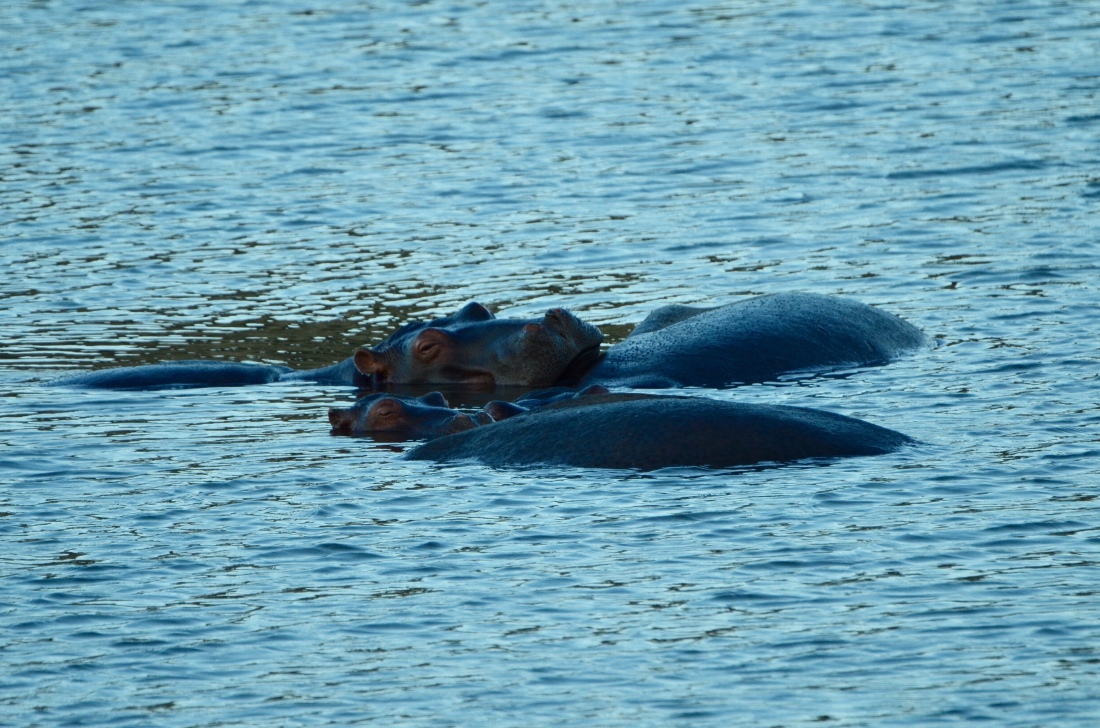 We also heard that there was a  leopard visible so we drove over to where it had been sighted (I had originally typed “spotted” there, then realised the awful pun). We got there just in time. Well, just in time to see a distant leopard shape ascend some rocks and move into deep cover. We have no photographic evidence, but we’re ticking it off in our catalogue of sightings.

We went straight to breakfast after getting back from the drive. The dining room overlooks a waterhole and we were treated to the sight of a couple of elephants having a drink, then stirring up the mud at the bottom of the pool and having a mudbath.

The day got progressively hotter and we were delighted to have chosen the early drive. Especially when the heavens opened about 10 minutes after the evening drive went out. While we were at dinner, we saw some of the people returning from that and they were absolutely drenched.

For Wednesday, we had initially been booked on the early drive again but when we checked in, we were advised to go on the evening drive so that we could participate in the Bush Braai that is a regular feature of Wednesday nights here. However, we were up at the same time as the early game drive was leaving so we decided to use the hide which is available here. It is at the end of a 180m long underground tunnel which leads to a waterhole where you can sit quietly and wait to see what arrives. Early morning is, theoretically, the best time to see animals there. We didn’t get much by way of mammals, but we were greeted by a large frog who had obviously hopped in to the hide overnight. We did see a number of birds that we hadn’t previously encountered, the strangest one being the Hamerkop.

We spent an hour and a half in the hide then decided to get cleaned up and have breakfast. The rest of the day was fairly relaxing until we headed out for the game drive and the braai.

The first new animal of the day today was the tsessebe; another type of antelope and one with which we had not been previously familiar.

We also spotted for the first time a black backed jackal. 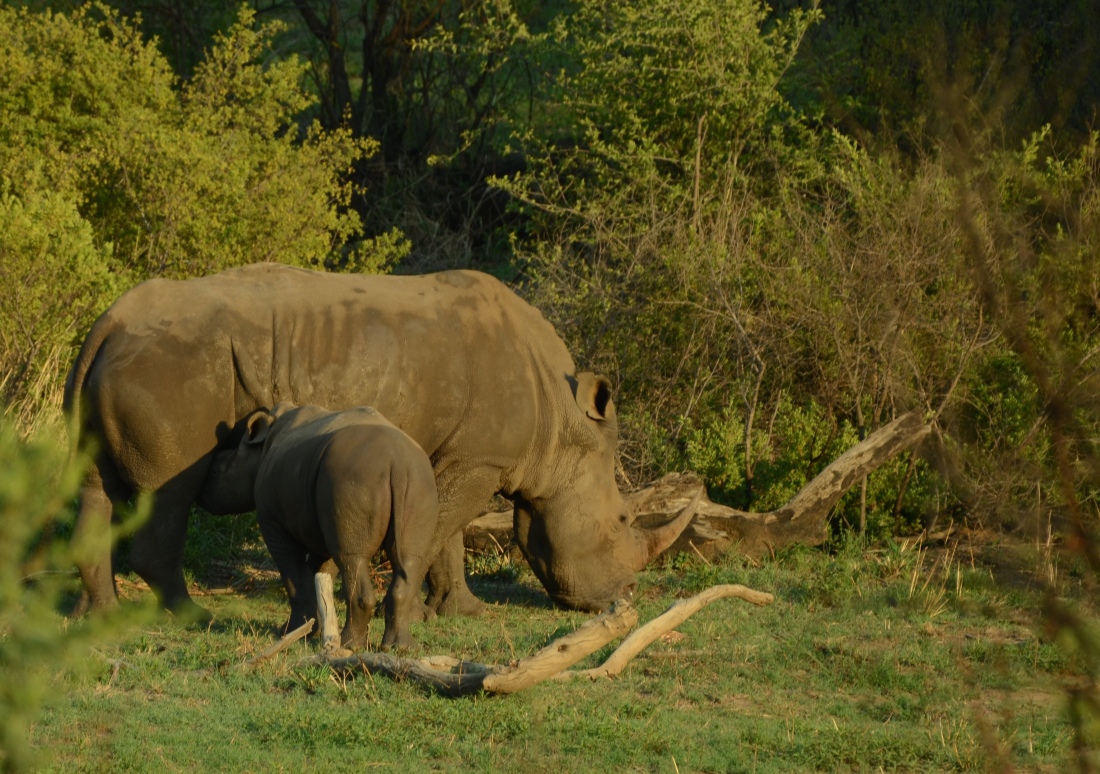 These two elephants were with a larger herd. Shortly after they crossed our path, the rain started. We were caught in an almighty thunderstorm. Our driver had to stop the truck and help us lower all the tarpaulins around the side, so that was the end of wildlife viewing for the day.

Well, not quite. The rain abated as we were driving towards the exit, but the air was quite a lot cooler than it had been earlier in the evening. Cooler air means predators are more willing to expend energy in a hunt. As the rain stopped, a lion ran across the road in front of our truck and stopped just off to the side. It was pretty dark by this time, but we rolled up the tarpaulins again as quietly as we could and Ishbel managed this shot using her phone.

It’s a little grainy but worth including.

That was a nice end to the evening. Just a pity that the rain had completely washed out the braai, so dinner in the restaurant when we got back.

One thought on “An early start and a missed day”