So Wilbert Harrison sang in his 1959 version of the Lieber and Stoller song, Kansas City. And since Wednesday was such a lovely day in Kansas City, we set off in search of that very corner. Except, it’s not really a corner anymore. The song was written in 1952, when 12th and Vine was still home to a number of music clubs. But the heyday of that stretch of 12th Street was in the 1920s and 1930s. It was at the edge of a predominantly black neighbourhood and the clubs there permitted integrated audiences – not always the case back then. The Reno Club on 12th is the place where Count Basie formed his first orchestra, and where Charlie Parker first earned the moniker Yardbird, later shortened to Bird. Jazz legends were made there, and the address still echoed down the years when the song was written.

What is there now is a park, and a signpost commemorating where the corner used to be at “Goin’ to Kansas City Plaza”, an unwieldy name but at least it helps music geeks like us locate it on Google Maps.

Just down from here is another great Kansas City musical address: 18th and Vine. This was our next stop as we knew it to be home to two museums we wanted to visit: the Negro League Baseball Museum and the American Jazz Museum. Conveniently, they are housed in the same building.

We visited the baseball museum first. Readers unfamiliar with the history of baseball may be unaware that the sport was rigidly, if unofficially, segregated from 1889 until 1947. African-Americans who wanted to play baseball did so within a variety of league structures entirely separate from Major League Baseball. Ultimately, many of the teams playing in the Negro Leagues, as they were known, attracted large and enthusiastic crowds, producing a number of players who could easily have thrived in the majors. Ultimately, some of them did. The first, and most famous, black baseball player of the modern era was Jackie Robinson, signed for the Brooklyn Dodgers by their owner Branch Rickey in 1947. That signing was not universally welcomed in the Dodgers clubhouse and some players threatened to sit out rather than play alongside him. That player insurrection came to naught when management made their stance clear: the manager at the time was Lee Durocher who informed the team “I do not care if the guy is yellow or black, or if he has stripes like a fuckin’ zebra. I’m the manager of this team, and I say he plays. What’s more, I say he can make us all rich. And if any of you cannot use the money, I will see that you are all traded.”

Jackie was given uniform number 42 which, on April 15, 1997, was the first number to be retired by every major league team. That day is also celebrated as Jackie Robinson Day across baseball.  If you are unaware of his story, I strongly encourage you to read about him.

After Jackie was signed to the majors, the floodgates didn’t exactly open but a steady stream of black players followed. Notably, a superstar pitcher of the Negro Leagues became the oldest ever rookie in Major Leage Baseball. At the age of 42, Leroy “Satchel” Paige was signed by the Cleveland Indians.

From baseball to music as we walked across the hall and entered the jazz museum. There are displays dedicated to the life and music of some of the greats of this music: Louis Armstrong, Ella Fitzgerald, Count Basie, Charlie Parker among others. You can also select pieces of music from across their individual careers and listen to how their styles developed. It was a fascinating museum and included a little neon homage to some of the Kansas City clubs that helped spawn some of the greatest jazz ever produced.

In the afternoon, we took advantage of Kansas City’s free tram system and went to visit Union Station, a Beaux-Arts style rail depot opened in 1921 at the height of KC’s dominant position on transcontinental communication routes. Sadly, with the decline of rail travel the building fell into disrepair and had ceased to operate as a train station by the early 1990s. In 1996, residents of the surrounding counties in both Missouri and Kansas voted to approve a special sales tax of 0.125% to fund its renovation, which means we are now able to enjoy the building restored to its former glory.

A quiet evening followed and, on Thursday, we just spent the day strolling in the city, although I did make time for an overdue barber visit.

In the evening, we went out for dinner to a place called Chaz on the Plaza. We chose it because it had live music.  Both the food and the music were excellent. What we hadn’t realised was that it was based in an interesting part of town: Country Club Plaza. It’s a shopping centre. In fact, it’s the first shopping centre in the world designed specifically to accommodate shoppers arriving by car. It was built in 1922 and the buildings are designed architecturally after Seville in Andalucia.

After dinner, we decided to enjoy some more music so took an Uber to the Green Lady Lounge on Grand Boulevard,  an archetypal jazz lounge where we were able to relax in a booth and listen to some cool jazz.

After that, it was time to walk back to our AirBnB one last time before departing Kansas City the next day. On our way, we passed the old offices of the daily newspaper, the Kansas City Star, where Hemingway worked as a police and hospital correspondent in 1917, and described the Star’s stylebook as “the best rules I ever learned for the business of writing.” 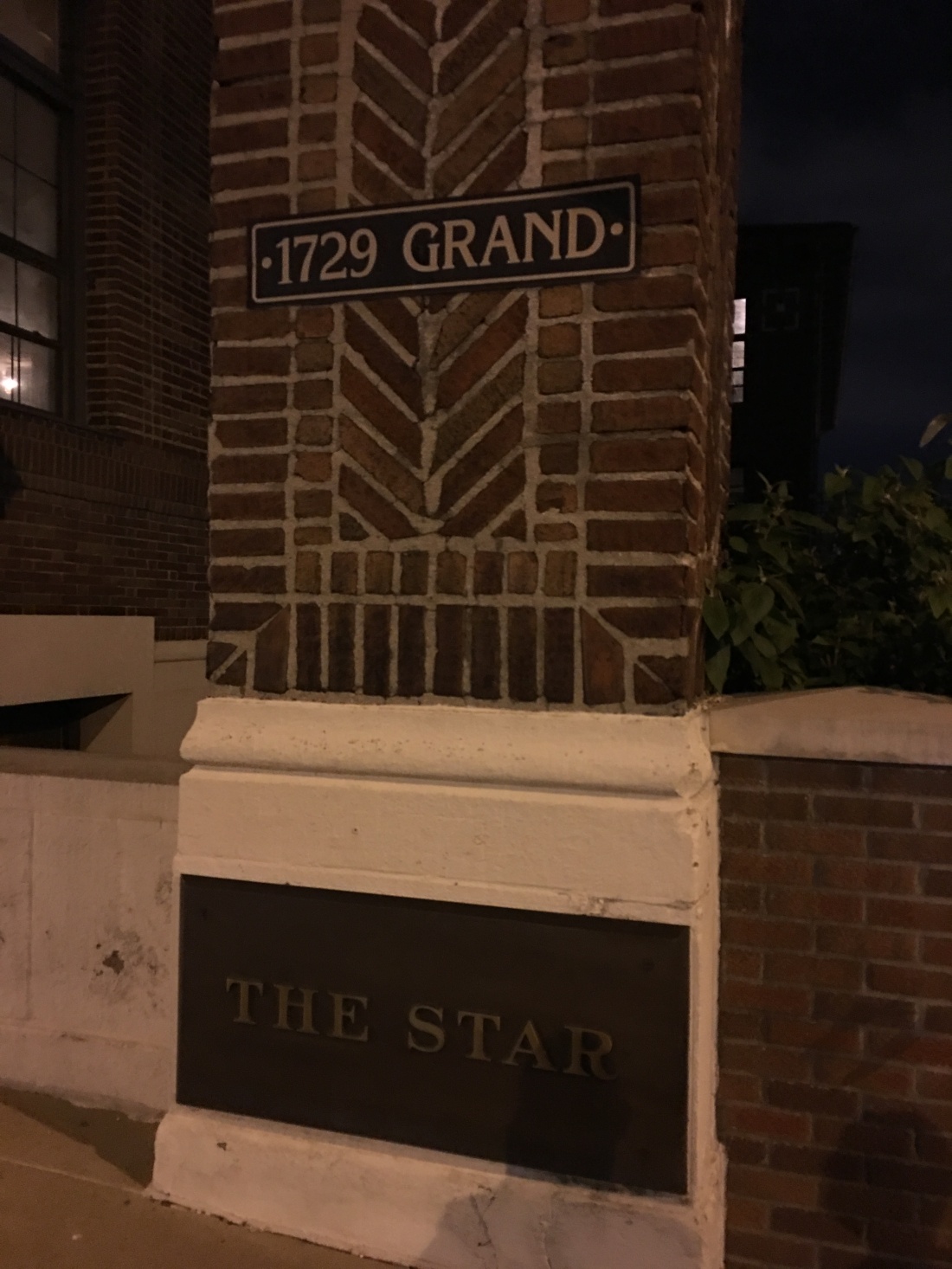 3 thoughts on “I’m gonna be standing on the corner, 12th Street and Vine”