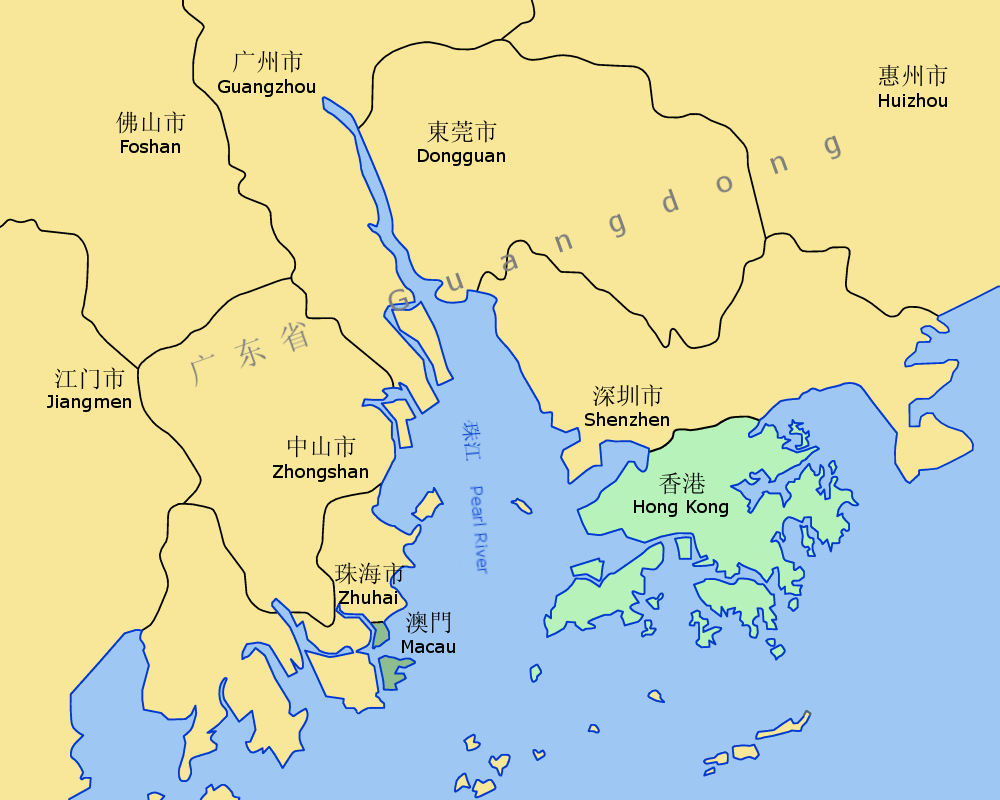 Thursday rolled around and it was time for us to leave China and the next stop on the itinerary was Macau. Advance research and planning for this part of the trip was a bit sketchy as information on how to get from Jiangmen to Macau wasn’t readily available on line. Not in English anyway. You may remember from an earlier blog that we had been down to the Shengli Bus Station earlier in the week but gave up on trying to garner any in-depth knowledge due to linguistic incompatibilities with the ladies at the ticket counter. However, we had the presence of mind to photograph the banners that we hoped showed the timetable. 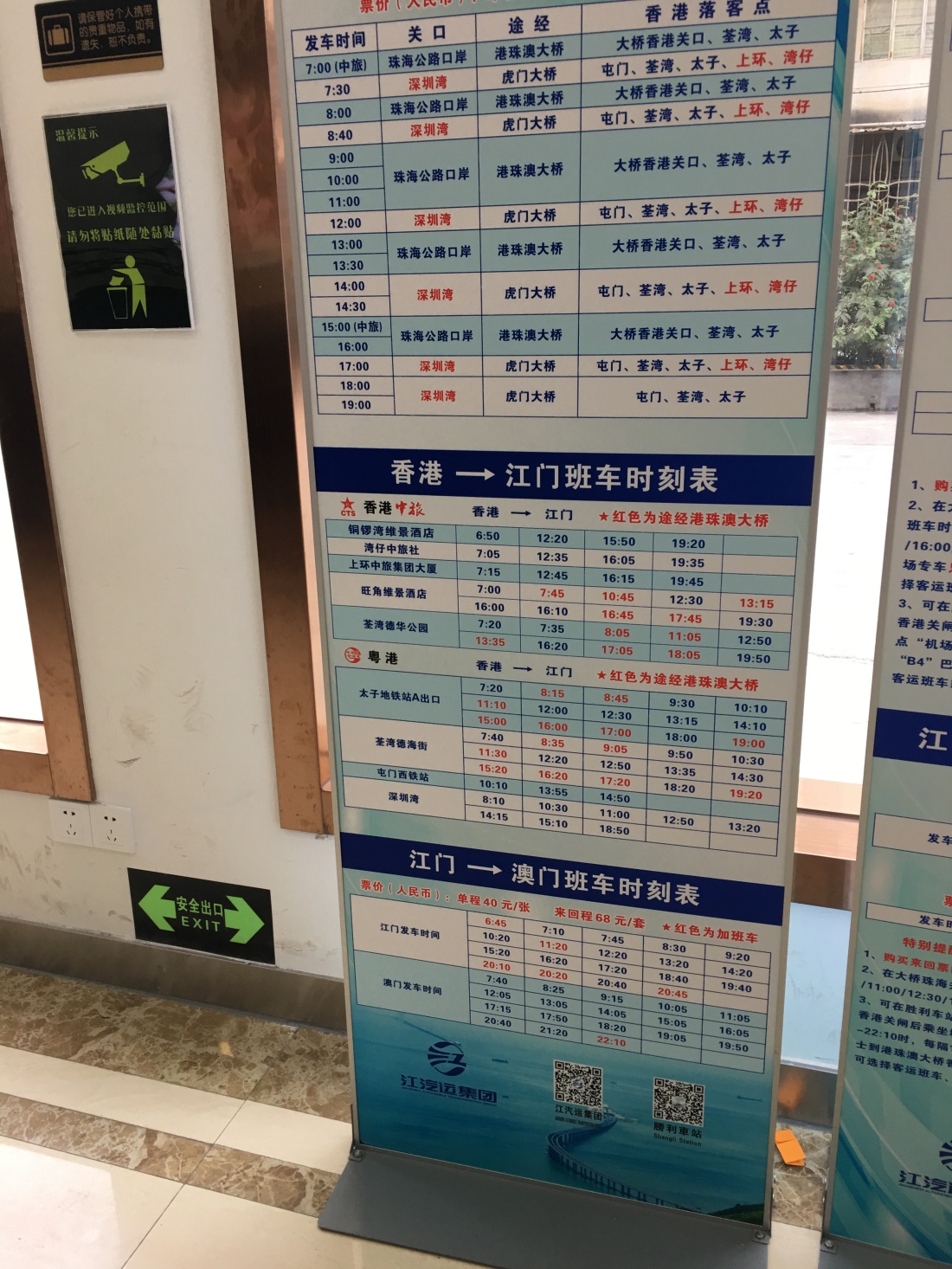 Armed with our photos, we asked the hotel concierge to help us decipher what we were being told. The bottom section – starting at 6:45 – was the list of times of buses to Macau, costing CNY 40 one-way and CNY 68 return. All our worries were over.

We were awake early and decided to have a light breakfast at Starbucks next door to the hotel before leaving. Starbucks had, overnight, removed all of the Christmas decorations that had been in place and replaced them with a variety of Chinese New Year paraphernalia for the upcoming year of the pig. 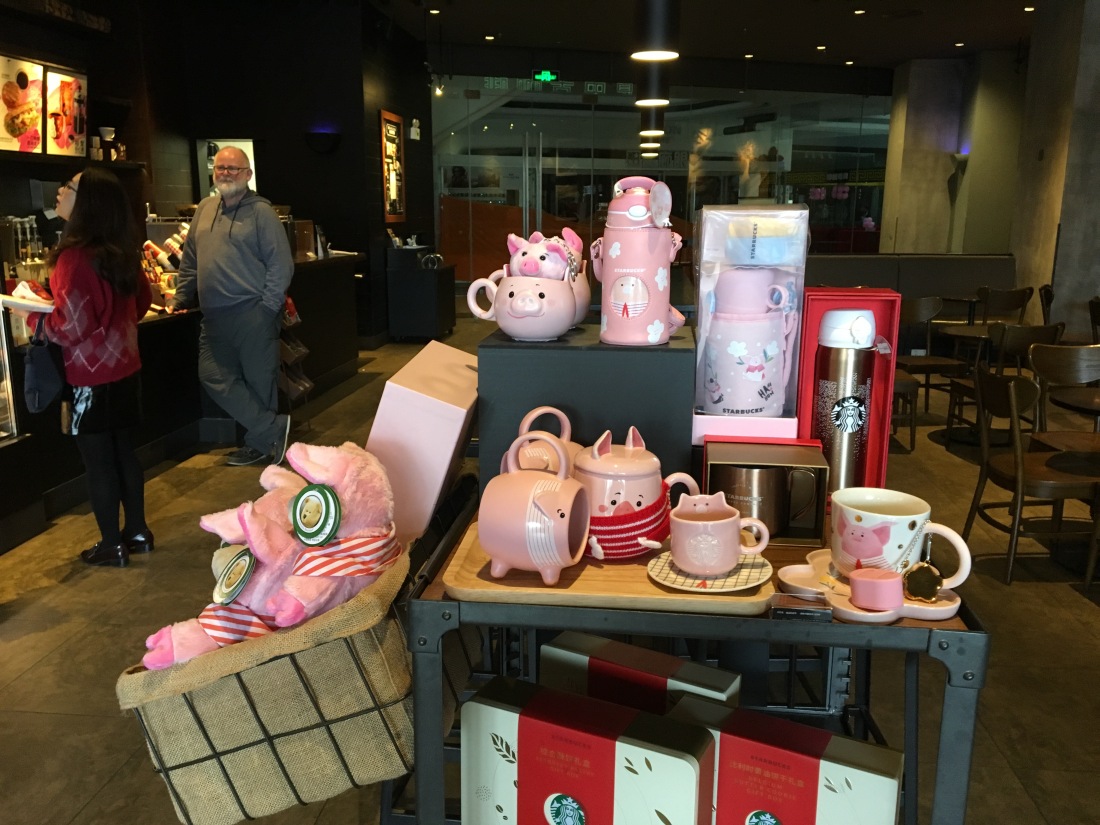 This company knows its audience no matter where it operates.

So it was that we checked out of the hotel at around 9:30, taking a last look around the lobby. Despite being a Chinese domiciled entity, they hadn’t yet been cynical enough to strike all their Christmas decorations so we were able to get a shot of its festive flavour.

From here, we took a taxi to the bus station. The taxi cost, as always, about £2.50 and we bought our tickets for the 10:20 Macau bus for CNY 40 – about £5 – each. I have resisted including amusing Chinese signs despite the large number we have encountered, but I used the toilet in the bus station before we left and there was a sign in there that, I think, includes words by which we can all live… 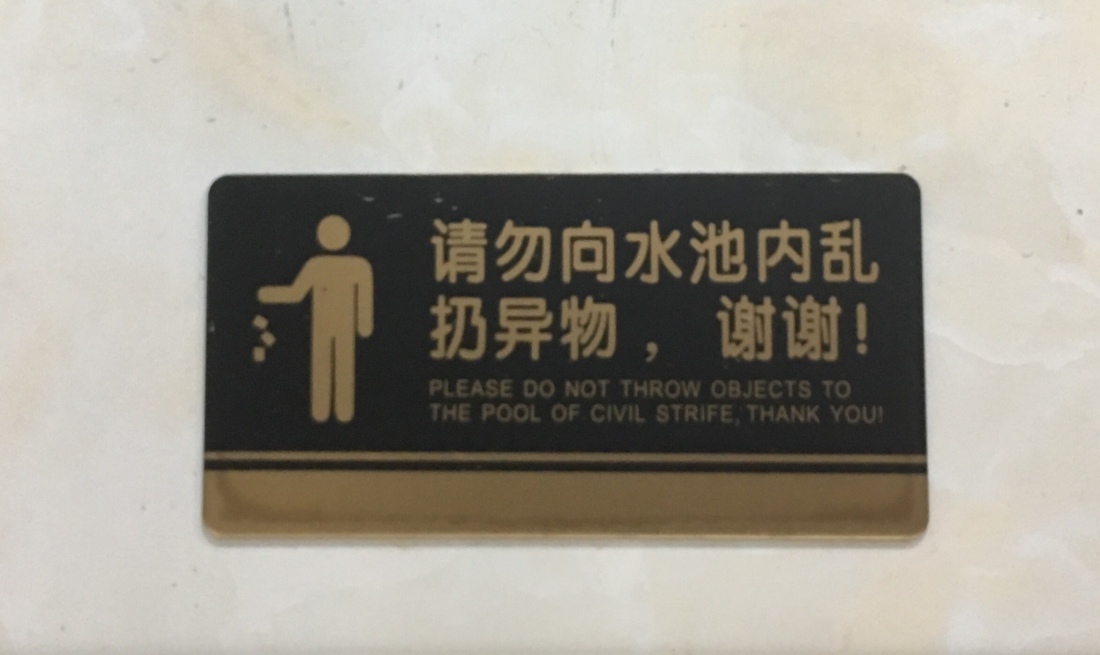 The bus started loading about 10 minutes before departure and everyone was in place as we rolled out of Jiangmen and headed south along the Pearl River Delta. It was a completely smooth journey and nothing could have been simpler. Until we pulled into an underground bus station and everybody got off the bus.

Being clueless anglophones, we waited till the end to make sure we had to disembark. We then had to get our luggage out of the hold and, by the time this was done, nobody else from our bus was in sight. I had seen them pass through a curtain up ahead so we went in there, but all we could see was a range of bus stops with Chinese destinations on them. There was an opening up to the left so we went in there. Success! Arrows pointing to a shopping centre and Macau. We followed them, and they then pointed upstairs. Up we duly went, fully laden with suitcases cameras and instruments. On the second floor landing, there were two signs. One pointed upwards for Macau, and the other said “Staff Only”. I was in no mood to go back downstairs with all this gear so we went up one more flight and encountered an unpromising door. We opened it, and found ourselves in the lingerie department of a large department store.

We scurried through the underwear and out of the store into a corridor where we once again found signs for Macau. We followed them for quite a long stretch and, eventually, arrived at the Chinese emigration formalities. We passed through them and then had to go through Macau Immigration formalities. Another queue but we successfully negotiated this obstacle and were finally in the Special Autonomous Region of Macau.

There was a tourist information booth just outside immigration where we were able to establish that there was a courtesy bus available to take us to our hotel, the Lisboa. We once again loaded all of our luggage into the hold of the bus – everyone else was travelling lighter than us – and settled into our seats. Finally, we had reached our destination.

We had to check our bags as our room wasn’t yet ready so we went for a brief walk around Macau just to get our bearings. The most interesting thing we encountered was the huge queue of people outside Margaret’s Cafe e Nata waiting to buy Portuguese custard tarts. I’m a sucker for those things, so we will be joining that queue at some point over the next three days.

After our wander, we went back to the hotel and checked into our room, on the 14th floor and overlooking the signage outside. 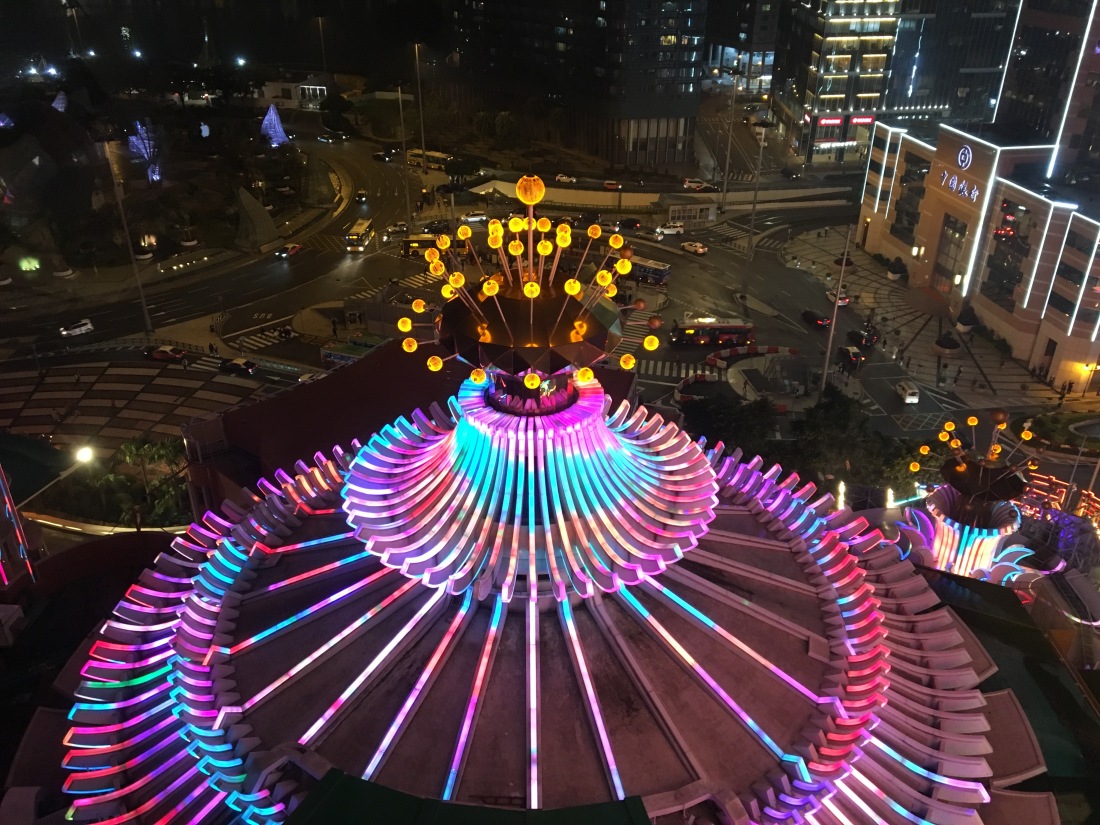 The blackout curtains in the room are, I’m pleased to say, highly effective.

An interesting border crossing today but we’re hoping to take some time to explore Macau tomorrow.