There are a couple of elevated points from which you can get a view across the whole of Johannesburg. Unfortunately, there are some security concerns with both the Western and Eastern Koppies which put us off going for a walk in them. Ishbel to the rescue! She did some online research and found that every second Sunday, there’s a guided walk in the Central Koppies – an area not generally open to the public.

The walk was scheduled for an 8:30am start and the meeting point was a 4 minute drive from us, so we arrived dead on time to join a group of around 20 people of all ages, from about 8 or 9 up to the leader, a gentleman comfortably in his 70s whose wife is the Chair of the committee that looks after the area. We split into two groups for the walk and spent an educational three hours walking round the Koppies and admiring the views of Johannesburg available from there.

We learned about the first known homo sapiens occupants of the Johannesburg area, the San bushmen, who are known to have been here about 90,000 years ago. The San lived in social groups and were subsistence hunter gatherers. The arrival of Bantu peoples in the region from about 1,500 years ago, with their advanced metalworking technologies and agriculture led to the San gradually being outcompeted and/or subsumed through inter-marriage into the Bantu culture, which was the dominant population until the arrival of the Dutch colonists in the 17th century and, with them, gunpowder and firearms.

Over the three hours of walking we covered less than three miles, but we were still fairly wiped out by the end thanks to the high temperatures. The first thing to do after we got back was to shower and change.

Monday was another moving day for us, so we started prepping some of our packing later in the day on Sunday then headed back up to 7th Street for an early dinner. Again, we took a somewhat indecisive stroll along the street, looking at the various menus that were available. We eventually decided on Hell’s Kitchen largely because as we walked past, they were playing our song. “How romantic,” you’re thinking. Our song is “Sheena is a Punk Rocker” by The Ramones. This is because when we were at Glasgow University, but before we started going out together, most women chose not to dance with me to this song as my friends and I would go nuts, pogoing all over the place. Ishbel, bless her, always indulged me and agreed to dance when asked. She was a keeper even then.

Anyway, Hell’s Kitchen was the dinner choice and we both had Skillet Fillet, which is a fillet stuffed with feta, basil and chili paste in a jalapeno sauce. Really tasty. Also, the music they played in here lived up to the promise of the Ramones track that drew us in. And, they’re delivering festive greetings… 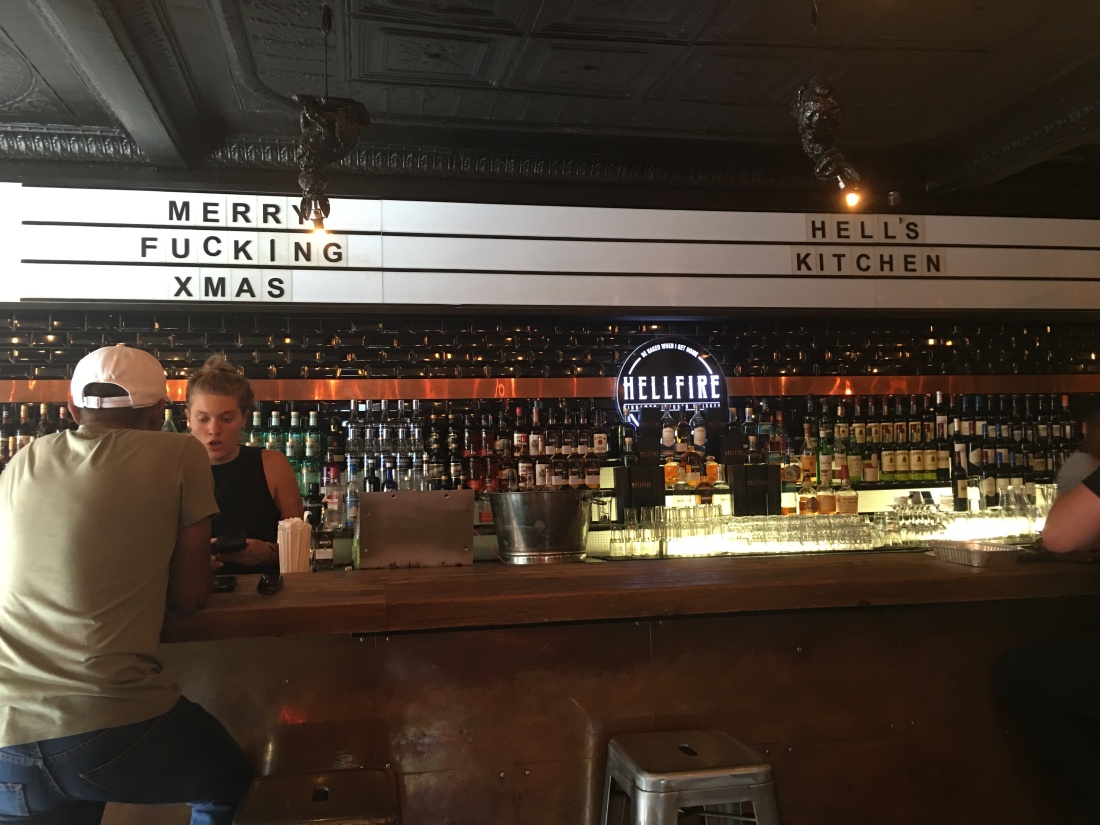 I had a couple of pints of their very tasty Devil’s Peak IPA with dinner and then we headed home. We got back to the apartment about 15 minutes before Johannesburg was, once again, drenched by a huge thunderstorm.