Thursday morning dawned and we packed up for our trip to Merlefest, whose home is on the campus of Wilkes Community College in Wilkesboro, North Carolina. Today’s title is lifted from the James Taylor song Carolina In My Mind, even though we’re going to Carolina in real life. The trip was scheduled to take just over an hour, so we took the scenic route along the Blue Ridge Mountain Parkway. We decided that, even though we knew it would be closed, we’d take a slight detour backwards to get a look at the Blue Ridge Music Center. It wasn’t simply closed – the access road was blocked off. We took a photo of the sign and carried on our way. 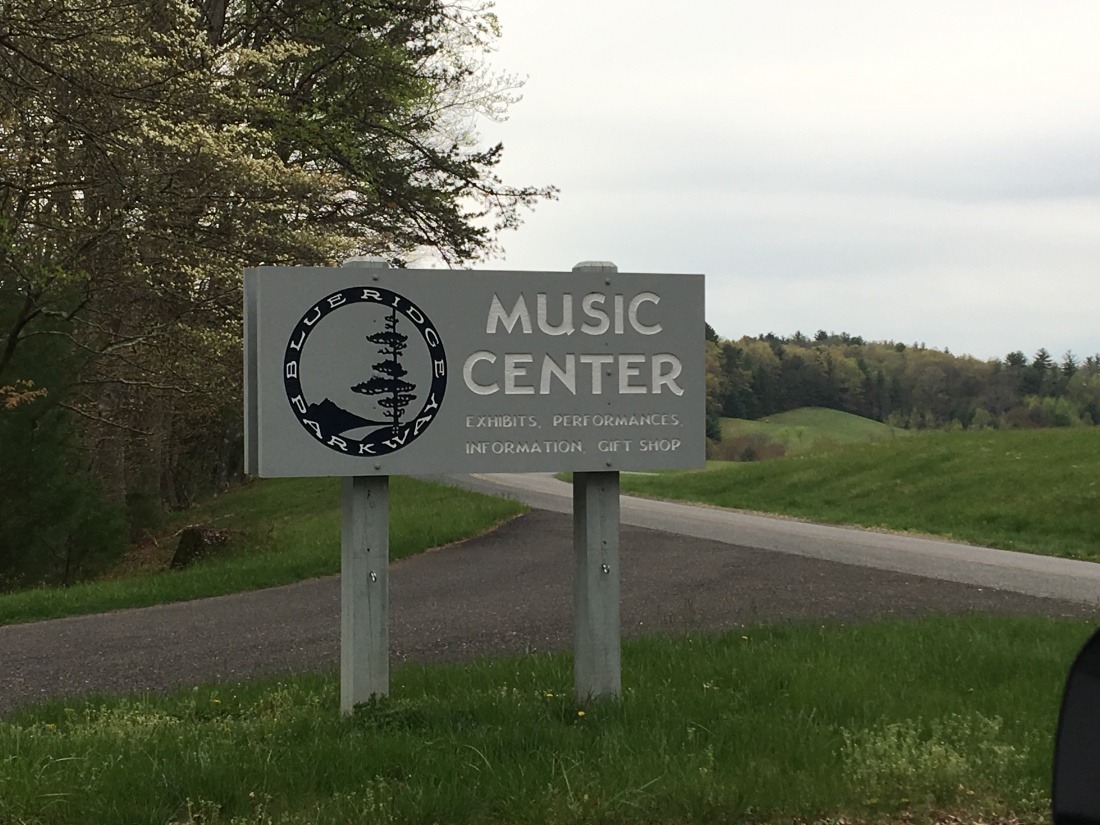 There were some wonderful viewpoints along the parkway which, as you would expect, follows the ridge. We were headed initially for a cafe in North Wilkesboro. A resident of the town had contacted the Merlefest organisers because he and his wife were planning a vacation trip to the UK. He asked them to pass on his details to any British visitors to the festival, which they duly did and I reached out to him and arranged to meet. Ishbel and I were only too happy to pass on whatever tips might help him in his trip planning. He was a lovely guy, and it turned out his mother used to be the administrator of Merlefest, so he reciprocated with a couple of tips for us.

After our chat, we drove over to the festival to pick up our tickets, then headed to our hotel which was in Yadkinville, 30 miles from the festival entrance but the closest place I could find when I booked accommodation in October. We dropped off our luggage then drove back to Wilkesboro for our first taste of Merlefest. We parked in one of the designated lots and took the free shuttle bus to the festival gates. 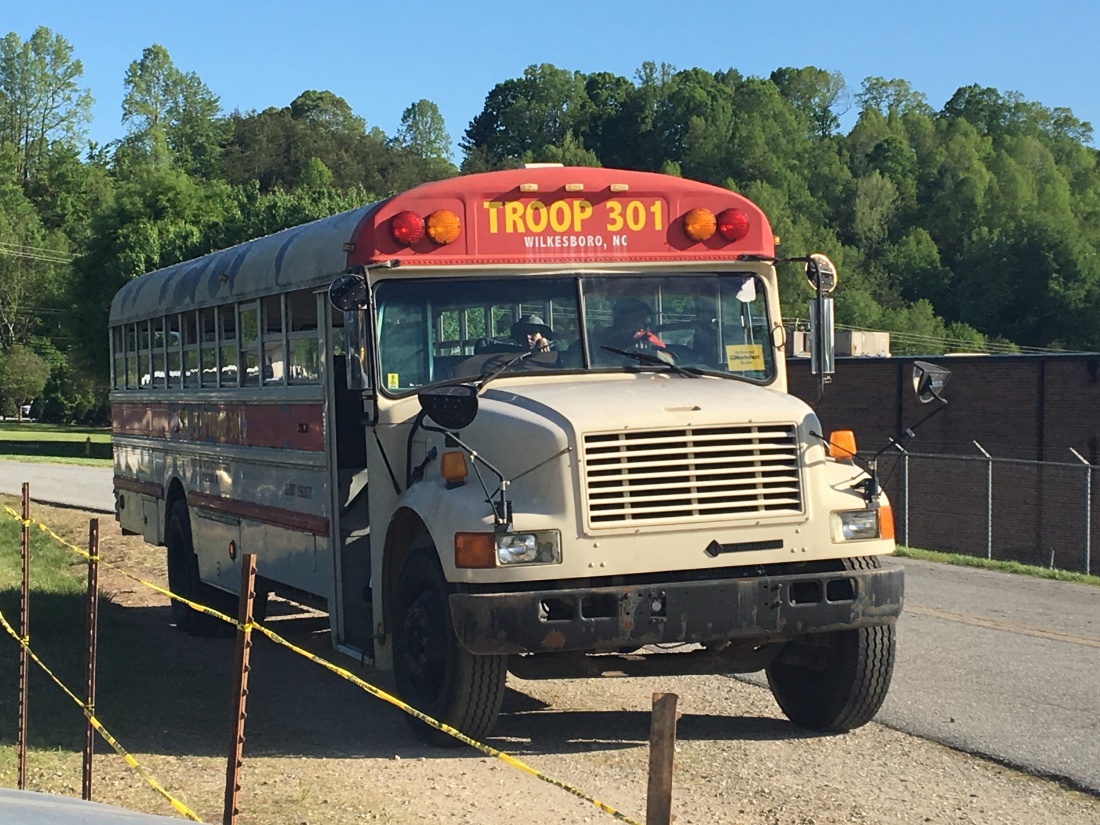 The local scout troops are conscripted to provide these shuttles, so we enjoyed our first ever trip on an American school bus. Not much leg room is the verdict on these.

We caught a few acts around the different stages on the first day, but our favourite for today was a performer with whom we were previously unfamiliar. Junior Brown was introduced as a “true American original” and lived up to the billing. He plays a hybrid instrument he calls a guit-steel, a combination guitar and lap-steel, and he has some great songs. I loved the song Party Lights, which included lines like

There’s another kinda party lights that I can’t stand to see
When there’s a man in that patrol car and he don’t wanna party with me.

and the song My Wife Thinks You’re Dead,

We’ll have to say hello maybe some other time instead,
Cause you’re wanted by the police, and my wife thinks you’re dead

I’m really looking forward to what the rest of the weekend has to offer.