Saturday morning, we finished the packing and sauntered downstairs to the Avis office in the lobby of the Radisson to complete the formalities and pick up the vehicle that was to get us most of the way across the American continent. The reason we were doing this in Baltimore was that I had shopped around various East Coast Avis branches and found that this office was coming in $2,000 cheaper than New York, Boston or Washington, and $1,500 cheaper than Philly. I had booked a mid-size saloon as I figured we could just put the bags in the boot and leave the instruments in the back seat. My confirmation had stated I would get a Chevy Cruze or similar. At the desk, the clerk seemed very blase that I was taking one of his cars for nearly three months and dropping it 2500 miles away. I was fine with that. He then offered me a free upgrade, to a Mitsubishi Outlander. We drive an Outlander at home. It’s big and it’s comfortable and we jumped at the upgrade. It will cost us more in fuel to make the journey, but we will see a lot more of the country from the higher vantage point in the SUV.

The car was brought round to the front of the hotel and we loaded up and hit the road. Logistical details of the road trip will be added to the link that will be at the top of the main page from now on.

Our first stop on the road was to be Floyd, Virginia, 320 miles from Baltimore. We were looking to drive some of the Crooked Road,

Virginia’s musical heritage trail which celebrates American folk music in the shape of the Old Time and Bluegrass musical traditions. We wanted to visit the Floyd Country Store, one of the nine key destinations on the road, and if possible, participate in a jam there.

Our route south took us around Washington DC, where we were surprised to see what looked like a tribute to Battersea Power Station.

It turns out that this is the Mormons’ tallest temple, costing $15million in 1968. They could probably have bought Battersea for that price back then.

We carried on motoring south and eventually rolled into Floyd in the early evening. We went out to get dinner and found that the Country Store was hosting a John Denver tribute night and the bar next door, the Dogtown Roadhouse, was hosting “The Darkside Experience” – a tribute to the Dark Side of the Moon album. By Pink Floyd. See what they did there? Anyway, both were sold out demonstrating a diversity of musical taste in the local populace, and leaving us with no choice other than to eat at the other restaurant in town. Mexican food for us, then.

The following morning, we had breakfast in our hotel. The Hotel Floyd is a lovely place, right in the middle of town and a two minute walk from the Country Store, perfect for us. 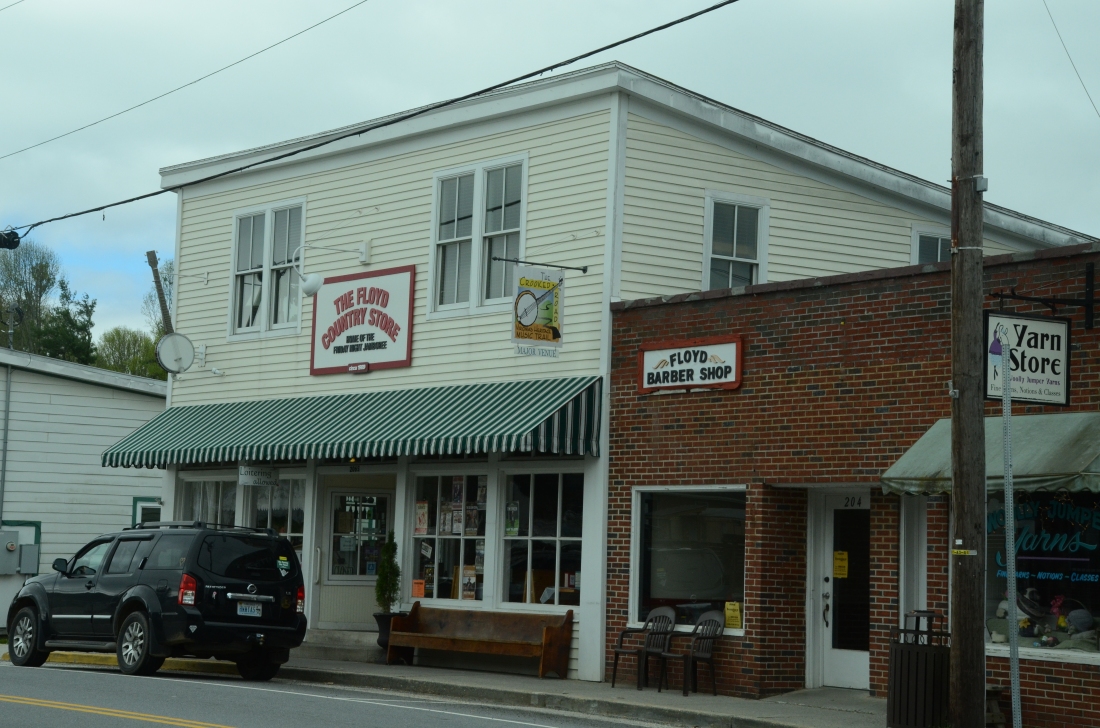 Today for almost the first time since hitting the road, we felt we were missing something by not being at home. Today was the first day of the Sore Fingers Summer School, which I have attended the past four years and Ishbel the last two. This is Europe’s premier Bluegrass and Old Time learning experience and attracts students form around the world to learn new skills on their instruments from virtuoso players and eminent educators. It also features some of the most fun jams you will ever experience, particularly as the evening wears on in the bar. If we’re missing Sore Fingers, we decided, we need to make the most of our trip through this music’s heartlands.

We both spent some time practising, as we hadn’t played at all for the past couple of days, then we walked up to the Country Store to check out the Old Time jam. There’s a definite order to the jams: Old Time is 1:30 – 3:30 and Bluegrass is 4:00 – 5:30. Our hearts sank a little when we realised just how high was the standard of musicianship.

There was even a banjo player who indulged in a little puppetry on the side! Nevertheless, we were representing our Sore Fingers friends. Towards the end of the Old Time jam, we slunk back to the hotel to collect our instruments. We steeled our nerve and sallied forth to attempt to jam with the Bluegrass crowd. Amazingly, it went OK. I think they were quite forgiving of a couple of Scottish people who were clearly doing their best but I don’t think I’ve ever met an unsupportive Bluegrass musician and this group were no exception to that.

We had a great time, and we’ve started collecting the names of songs that we were unfamiliar with and, who knows, maybe one day we’ll learn them and play them. As a bonus, we walked past a classic American car on the way back to the hotel afterwards. 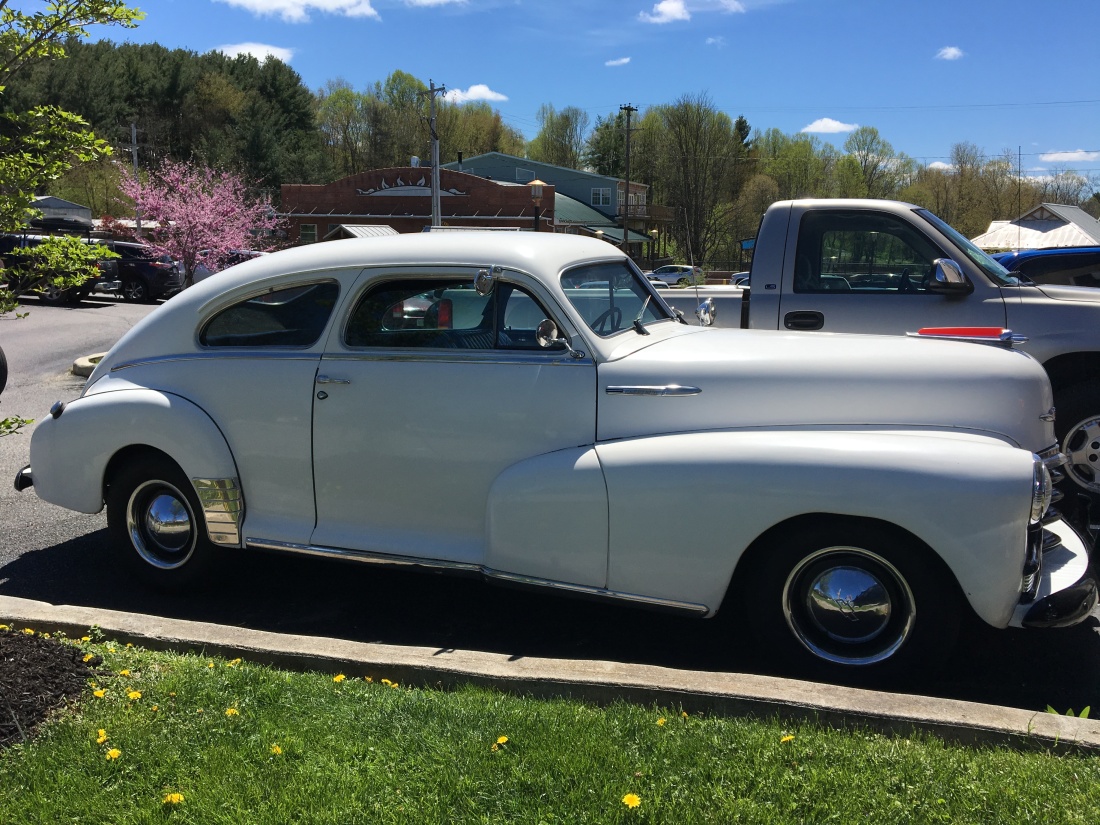 Floyd was a delightful start to our road trip and we were pleased to have made the stop here. We’re looking forward to more musical adventures as we cruise down the road.