It’s been a while since the last post so I’ll be putting some of our days together in a feeble attempt to catch up with the blog and get the narrative back on track. When I last left you, we were just finishing with the oddness of Mt. Gambier and heading out along the coast towards Melbourne.

Our target for this second day out of Adelaide was to get to Port Campbell, a 250km drive along the coastal route, but scheduled to take 3 hours, according to Google Maps.

En route, we stopped first at Portland to see the Gannet Colony at Point Danger. Our journey over the next few days is partly characterized by detours to see birds, so get used to it.

We generally combine these stops with a coffee, but this time we wanted to press on to our next stop: Port Fairy. This town was named in 1828 by the crew of the whaling ship, The Fairy. The reason we wanted to stop here was to try to catch a glimpse of a Short-tailed Shearwater. There is a colony of these birds in Port Fairy estimated to number over 30,000 so we reckoned we had a pretty good chance.

We were wrong. Shearwaters, of course, spend the whole day at sea fishing, returning to land only at sunset. So we had no chance of seeing one arriving there in the middle of a scorchingly hot day. Nevertheless, we had a pleasant walk around the Griffiths Island Reserve. 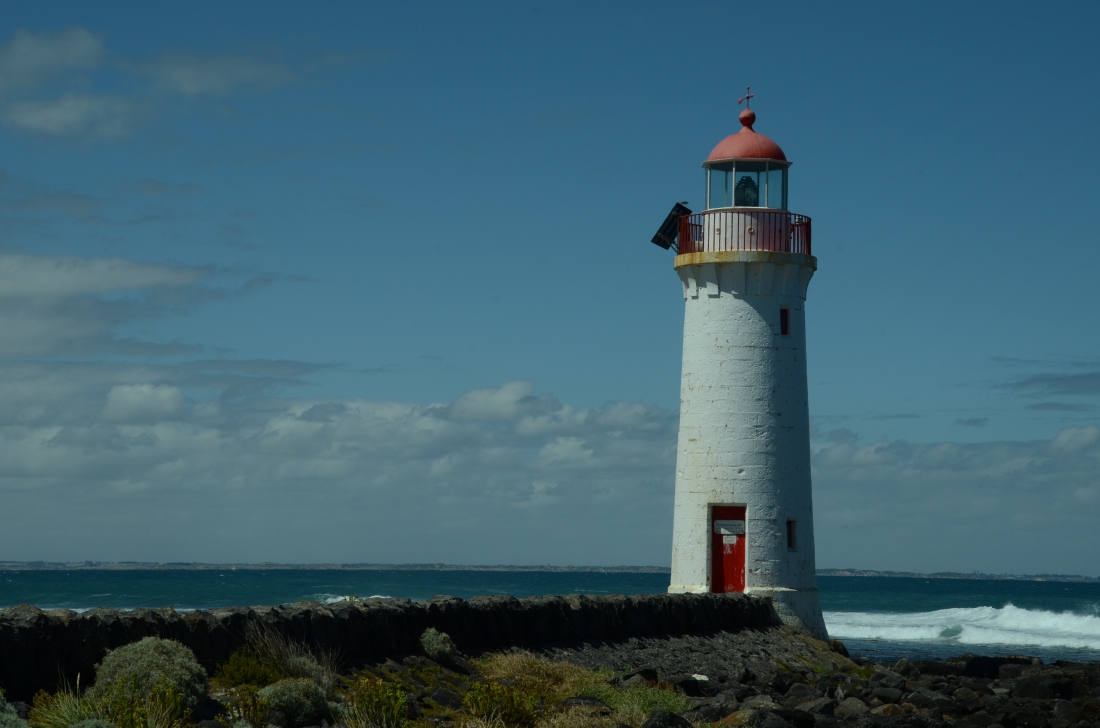 After our walk, we got back in the car to carry on towards Port Campbell. We were receiving regular updates on the mileage ahead from the Great Ocean Road signage.

We knew we’d be getting to Port Campbell in good time to relax for the evening and see what the town had to offer. The rest of the journey was nice and straightforward and we checked into the Southern Ocean Motor Inn early in the afternoon.  This gave us a chance to play our instruments for a while. We’d been neglecting our practise a little recently so it was good to pick a couple of tunes again.

Early evening, we walked through the town, which didn’t take long, and picked out a place overlooking the beach where we had dinner. After dinner, we had a brief walk along the beach and admired the local male and female dragon boat clubs practising in the surf just offshore.

We had an early night since the following day we had our final, 300km drive to Melbourne ahead of us. We were up and out the door nice and early to get some miles under our belt but our first stop was just a short way down the road at the Twelve Apostles visitor centre. We wanted to get a look at these shoreline structures, carved by the elements and, sadly, now somewhat fewer than twelve.

The day had started gloomy and overcast and by the time we got to the apostles, there was a steady drizzle falling, all of which served to make the view more dramatic. It also reduced the time I was willing to spend lingering there, despite Ishbel’s famed imperviousness to the elements. We compromised and wrapped up the visit once she had the shots that she wanted and we were once again on the Great Ocean Road.

The road itself is a lovely drive, winding its way along Victoria’s southern coastline and presenting spectacular views ahead and behind (weather permitting). The day brightened up as we ate up the miles although the nature of the road, carved as it was out of the rock faces of the coast, means that there is a constant program of repair and maintenance which necessarily slows progress on the drive.  The road is a remarkable testament to the people who built it. Ex-servicemen returned from the battlefields of World War 1 built the road between 1919 and 1932 as a monument to their fallen comrades. Today, it constitutes the world’s largest war memorial.

Before getting to Melbourne, we stopped for a coffee in Geelong – a name I only knew previously as an AFL team, so it was interesting to see the town itself. After this, we made  the final, short press into Melbourne and settled in to our AirBnB. Our Great Ocean Road journey was over, and it was time to explore an Australian city neither of us had previously visited.